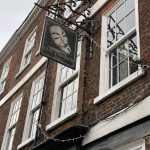 Posted at 11:06h in Uncategorized by Sarah Milne-Day
0 Likes

This November 5th will be a little different from usual as England heads into its second lockdown.  However, in “normal” years, November 5th is a day full of celebration and fun.   Bonfires are lit, and fireworks explode in every city, town and village.

“Remember, remember the 5th of November, gunpowder, treason and plot” goes the rhyme but what are we celebrating and why……

To understand we need to go back to 1605 a time of deep religious unrest.   Over the previous 70 years, England had moved towards being a Protestant country and Catholics were persecuted for their beliefs.   Catholic conspirators plotted to blow up the Houses of Parliament in London.  This was an audacious plan – they planned it for the annual State Opening of parliament which meant that the King, James I, and all the most important people in the country would have been present.

One of the leading conspirators was a man called Guy Fawkes who was born in York in 1570.  His actual birthplace is disputed but the photo features the Guy Fawkes Inn on Petergate which seems to be the most likely spot!   He was born into a protestant family but his mother remarried when he was young and his new stepfather was a Catholic.  Guy attended St Peter’s School in York and it is believed he was heavily influenced by one of his tutors who was suspected to have been Catholic.

It is also suggested that Guy Fawkes witnessed the horrific execution of local lady Margaret Clitheroe who was pressed to death on Ouse Bridge for the harbouring Catholic priests.   This event would have left a lasting impression on the teenager and may well have explained his conversion to his violent viewpoint.  (Margaret Clitheroe was made a saint by the Catholic church in 1970 in recognition of her bravery, and her shrine can be seen on the famous Shambles in York).

Guy was caught redhanded, with a match in hand about to light the kegs of gunpowder that had been hidden under the Houses of Parliament.  He was tortured for days but never gave up his fellow conspirators.  He was due to be executed by the vicious method of hanging, drawing and quartering but jumped from the scaffold breaking his own neck in January 1506.

These days, bonfires are lit with an effigy of Guy Fawkes and fireworks set off as a reminder of the failed plot.  However there is one place, where they don’t have a “guy” on the bonfire – his old school, St Peter’s in York as they feel it would be inappropriate to burn an old boy!