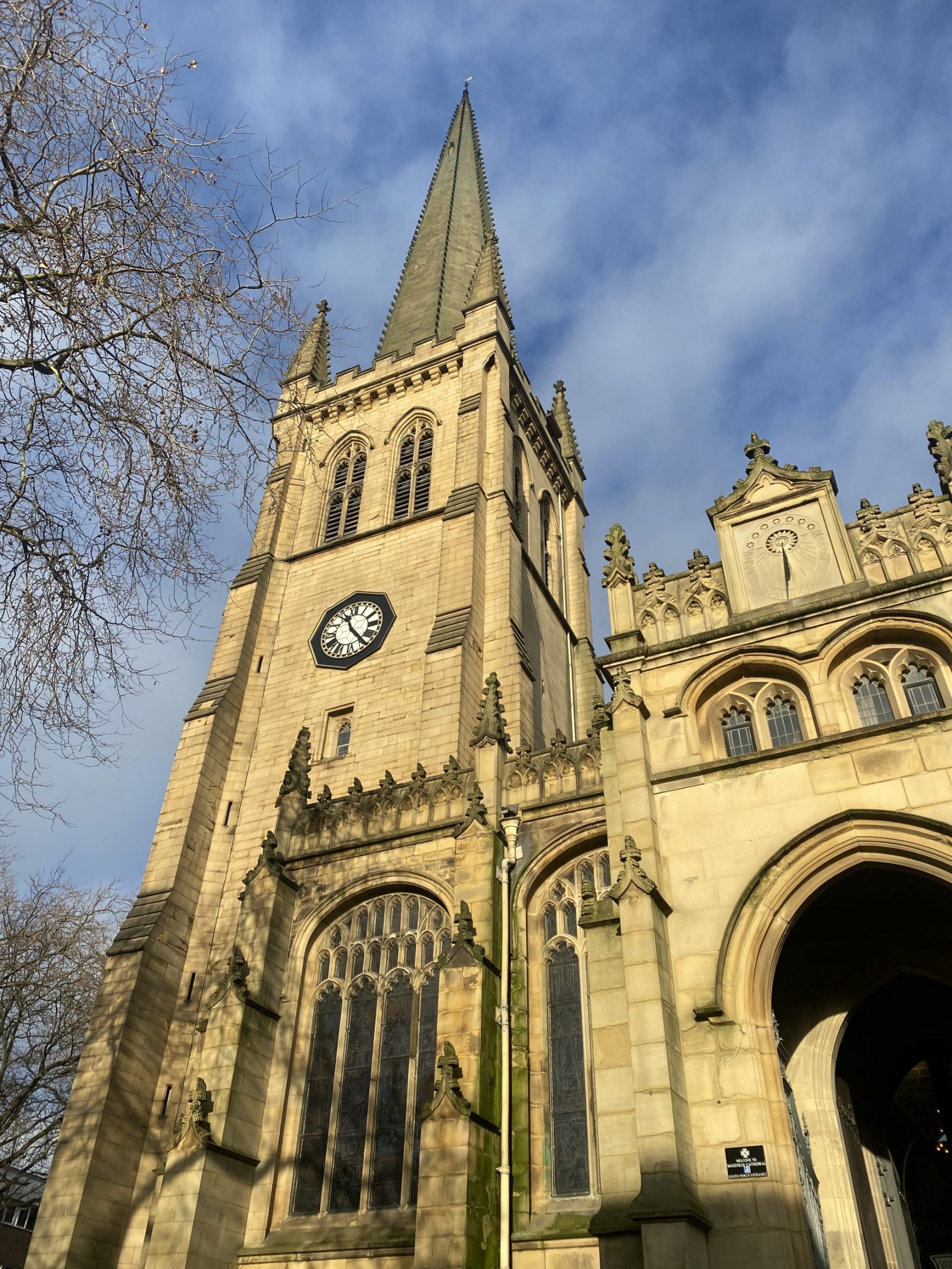 25 Jan A day out in wakefield

Posted at 20:39h in Uncategorized by Sarah Milne-Day
0 Likes

When you think of visiting a city in Yorkshire, you first thoughts are probably York, Leeds or maybe Sheffield, but Yorkshire has several smaller cities less on the radar that are well worth a visit.

Last week, on a beautiful sunny day, I visited the city of Wakefield.  Located on the River Calder and just on the eastern edge of the Pennines, there’s plenty to do for a great day out.

There have been people living in the area of Wakefield for thousands of years, a roman road crossed the river near the site of Wakefield Bridge and it is mentioned in the Domesday Book of 1086 as Wachefeld.

In the Medieval period it was called the “Merrie City” but it wasn’t that merry when the Battle of Wakefield happened there in 1460.  This was a battle in the War of the Roses and Richard Plantagenet, Duke of York and father to Kings Edward VI and Richard III was killed at it.

After the war, Wakefield started to prosper and thrive as an inland port on the Calder and as a centre for the tanning and wool trades.  This prosperity continued through the following centuries, especially after the creation of the Aire and Calder Navigation which provided a navigable route all the way to the North Sea.

In the Victorian era, Wakefield became the biggest manufacturer of malt in England, and had the largest grain market in the north of the country.  Coal was mined and wool spinning mills were built, it was a hive of industry and progress.

It became the administrative centre for the West Riding of Yorkshire and as a result many of the splendid civic buildings were built.   The church was given cathedral status in 1888 and Wakefield became a city.

L Wakefield Town Hall, built in 1880 and a Grade I listed building

So that’s a whistle stop whisk through the history! But what can you see and do now?   I parked in the Hepworth Wakefield car park (£5 for the day) and headed into the gallery.  Opened in 2011, it replaced the original Wakefield Art Gallery and provided a legacy for sculptor Barbara Hepworth.  She was born in Wakefield in 1903 and along with fellow Yorkshire sculptor, Henry Moore became one of the most famous artists of the twentieth century.   The gallery is in a great location on the river and the huge windows provide great natural light as well as lovely views of the rapids beneath.  When I visited the entire place was turned over to Hepworth’s work to celebrate 10 years of the gallery.  It’s a stunning collection including paintings and sketches as well as tools and casts.  It really shows the skill and techniques needed to produce her work.

R A Barbara Hepworth sculpture at The Hepworth Wakefield

From there I headed over the road to Wakefield’s bridge chapel, or chantry chapel.  One of only 4 surviving in England, and considered the finest, these chapels were built into the architecture of the bridge to provide a chapel for passing travellers.  Most were destroyed during the Reformation, but Wakefield’s survived and still holds regular services.

I then strolled up into the main part of town to visit the cathedral.  It’s a lovely mix of the medieval and Victorian with some great modern additions like a beautiful labyrinth in the nave floor.  It has the highest spire in Yorkshire and most importantly I had a very nice lunch at the café there!

I then headed over to the Wakefield Museum which has some great memorabilia from the city’s past such as portable urinal that was possibly used by King Richard III and a rugby ball made in the city that was used for a Scotland V England Calcutta Cup match at Twickenham.  It’s a varied collection!

L Wakefield’s Bridge or Chantry Chapel, one of only 4 in England

I had a bit more of a walk through the town, admiring the grand architecture, which really shows what a wealthy and important place Wakefield was.

I headed home after that, but if I’d had more time, I could have visited some fantastic places right on Wakefield’s doorstep – including the magnificent Yorkshire Sculpture Park, the National Coal Mining Museum or the stately home of Wentworth Woodhouse.  So there’s just a few ideas for some days out.   It’s only 15 minutes on the train from Leeds, and about 45 minutes drive from York as well as being just off the M1 so there’s no excuse not to visit!