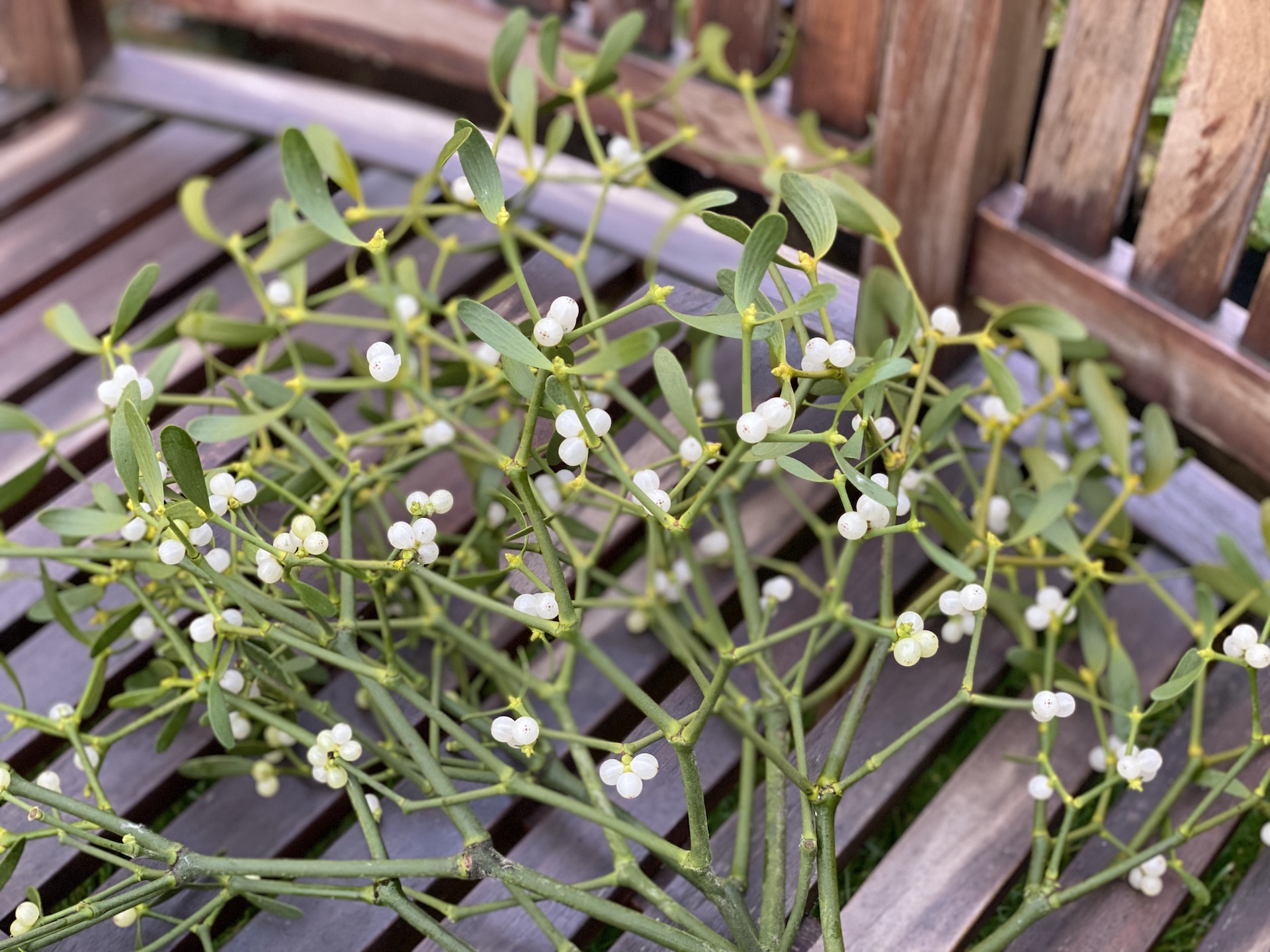 24 Dec The story of how experience yorkshire saved a christmas tradition at York Minster!

Posted at 17:00h in Uncategorized by Sarah Milne-Day
0 Likes

Here at Experience Yorkshire, we take our Christmas traditions very seriously and this year, when we can’t have the Christmas we would like, they seem even more important.  So, you can imagine how pleased we were to be able to help York Minster keep one of their traditions going….

Kissing under the mistletoe is a classic Christmas tradition but its origins go back long before Christianity.    Mistletoe is a semi parasitic plant that has to grow on trees to get the nutrients it needs to survive.  It is believed that Celtic druids thought it possessed mystical powers after they saw it blooming on tress during harsh winters.  It became a symbol for vitality and fertility and as one of the few plants to stay green during the winter it was used as a decoration and lucky charm in houses.

Its magical properties were further boosted by Norse mythology.   In order to protect her son, Baldur, the goddess Frigg ordered all living things growing from the ground to do no harm to him.  As mistletoe doesn’t grow in the ground, it was unintentionally exempt from this.  The scheming god, Loki, saw his chance and made an arrow from mistletoe which was used to kill Baldur.  It is said Frigg’s tears became the white berries on the mistletoe and to stop anyone else feeling her pain, she declared mistletoe a symbol of love.

Christianity adopted a lot of traditions from other religions and mistletoe became part of the Christmas celebration, however its use in churches was ended after the Reformation in the 1500s as it was considered a pagan symbol.   But for some unknown reason, (I like to think it’s down to York’s Viking and Norse connections!), York Minster has continued to have mistletoe in the church at Christmas.  It gets pride of place at the High Altar and has even had its own special service on some occasions.

So how did Experience Yorkshire save the tradition?  This year has been a bad year for mistletoe growth and a lot of florists have not had any to sell, but luckily for York Minster, we knew of a tree with plenty of it so we cut a generous bunch and donated it to the Minster, it will be blessed by the Dean and put on the High Altar today.  Happy Christmas!