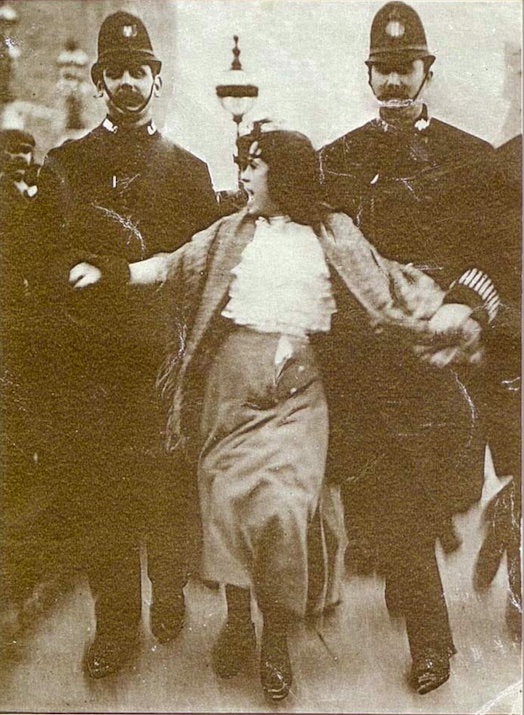 Posted at 15:16h in Uncategorized by Sarah Milne-Day
0 Likes

Today, March 8th is International Women’s Day which has been celebrated since 1909 (when it started it was just a National Day in the United States).  It’s a global day celebrating the social, economic, cultural and political achievements of women.  So I thought I’d focus on 3 of the lesser known Yorkshire women who made a real difference in their own way.

First up is the woman who could claim to have started the whole movement for female suffrage in the UK – Mary Smith.   Mary lived in Stanmore just outside Leeds.  She was independently wealthy and argued that as she paid taxes and was subject to the law so she had the right to vote.  Her petition was presented to parliament on 3rd August 1832 but was laughed out showing the contempt that women’s rights were held in at that time.  It was a slow start…..

Our next woman is Dora Thewlis – born in Honley near Huddersfield in West Yorkshire in 1890, she was one of 7 children born to James, a Holmfirth weaver and his wife, Eliza.   Dora’s parents were politically aware and she was raised as a socialist and was able to hold her own in political debates from a young age.  In 1907 she joined her mother as a member of the Huddersfield branch of the Women’s Social and Political Union (WSPU).  The Union had been founded in 1903 in Manchester by Emmeline Pankhurst.

That same year, she travelled down to London with a large contingent of Northern women to take part in a protest at the Houses of Parliament – coincidentally this process took place on this day in 1907.   Dora was arrested and as the youngest protestor – she was only 16 – the authorities seemed keen to make an example of her.   She was nicknamed the Baby Suffragette by the newspapers and this picture of her appeared on the front page of the Daily Mirror.

The judge at her trial patronised her and implied she had been enticed to London for “immoral purposes.”  He then went on to suggest that her parents might take her in hand and sort her out.  Their reply was she was her own person and they fully supported her!

Dora emigrated to Australia before the First World War – by 1919 she is listed on the Australian Electoral Roll and was therefore able to vote, some 10 years before British women finally gained the right.

Our final inspirational Yorkshire woman is Lillian Bilocca.  Born in 1929 in Hull, she was a passionate campaigner for the improvement in safety in the fishing industry.

By the 1960s Hull was the centre of deep-water fishing with 150 trawlers bringing home 25% of Britain’s annual catch.  It was an incredibly dangerous industry to work in with death a real reality.   This was sadly brought home tragically in January 1968 when three trawlers sank in three weeks in storms in the Arctic with 58 lives being lost.

The tragedy proved to be a decisive turning point with the devasted families turning their grief into a force for change.   They were led by the indomitable character of Lillian Bilocca or Big Lil as she was known.  Her daughter, Virginia, recalls her mother, after the tragedy, thumping her hands and saying “Virginia, enough is enough, I’m going to do something about this.”

Big Lil started a petition for better safety measures and marched to the docks to stop any trawlers leaving without a radio operator on board – this was a key issue as the lack of radio communication prevent rescue missions being launched in time.  Big Lil became the leader of a group nicknamed the Headscarf Heroes and they went to London to campaign for their changes.  They were successful and 88 safety measures were enacted to ensure safety at sea for future generations.   Sadly in the 1970s Hull’s fishing industry went into deep decline and Big Lil’s campaigning legacy was almost forgotten.  However, in 2016, in time for Hull’s role as UK City of Culture the following year, a mural was painted in Hull by Mike Ervine and Kev Largey to commemorate the tragedy and the remarkable movement led by Lillian ‘Big Lil’ Bilocca.

May we know them,

May we be them,

May we raise them.